Home
Sin clasificar
ARGUMENT: “The life of a human is worth more than the life of a dog, therefore killing dogs is all right.”

SUMMARY: Is it rational to behave in the same way when we were faced with a dilemma than when we did not really have such a dilemma? Is valuing less the life of a sentient being than the life of another a reason that justifies not respecting it? These are some of the questions that will be answered here.

The life of the sentient beings has different value, both subjective and objectively. It is very strange that we actually face a dilemma in which we only have the choice to save the life of a sentient being or save another; generally, there are alternatives that enables us to save the life of both of them. However, if such dilemma existed, the life that is considered more valuable would be saved. Normally, this situation does not occur so valuing someone’s life over another’s does not logically infer that it should not be respected. Although we may appreciate more the life of someone in particular, a priori, we should respect everyone according to the “Golden Rule” of Ethics: a priori, interests should not be frustrated.

1. Some people put us in dilemmas of this kind: “if you were in an extreme situation in which you had to choose between saving the life of a human or a dog, who would you save?”. 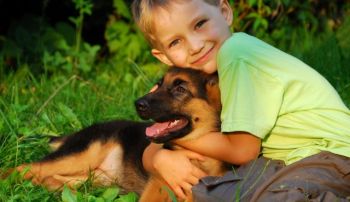 It is very rare that in Reality we face a situation in which there is only the option of saving the life of a sentient being over another; we usually have alternatives that enables us to save both lives. In another article, I showed that the life of sentient beings do not share the same value, nor subjective or objectively.[1] Someone may consider that, subjective or objectively, the life of a certain human is more valuable that the life of a dog, and therefore, if he/she can only save the life of just one, he/she will choose the human’s. Likewise, in another extreme situation, one can consider that the life of a certain human is even more valuable than the life of another one, and thus he/she would choose to save the human he/she consider to be more valuable. So far everything is logical: a priori, you must choose to save the life which is considered more valuable, except if less harmful consequences are estimated by saving the one which is considered less valuable. The mistake in this reasoning appears when value is confused with respect. For instance, this happens when someone says that “it is ethically correct to kill dogs because the life of a dog is less valuable than the life of any human”. Some vegans are also victims of the respect-value confusion, which is why they claim that “the life of all sentient beings is equal as regard value”: they believe that if two lives have a different value then it implies that is ethically correct to kill the one who is considered less valuable. The confusion respect-value is widespread. We must realize that valuing less the life of someone does not infer logically with the fact that it should not be respected. If we do not face the dilemma of saving lives therefore the value of the life of sentient beings has no relation with the respect we should owe them. Even though we appreciate the life of a sentient being more than the life of another, a priori, we must respect everyone as established in the “Golden Rule” of Ethics: a priori, interests should not be frustrated.[2]