-When did you start being interested in the cause of the animal rights?

I wish I could say I have always been interested, but sadly that’s not true. For almost half my life I had no animal consciousness, as I call it. Except for the companion animals with whom I shared my life, other animals might just as well have been blocks of wood. I mean, I even worked as a butcher earlier in my life. And as a carpenter, too. So, as I say, other animals for me were like the blocks of wood I worked on as a carpenter.

What changed my life was reading Gandhi. I was opposed to violence that could not be justified, which is why I opposed the war in Viet Nam. Gandhi helped me see that there is an undeclared war being waged by our culture against other animals. I write about this war at length in Empty Cages. It is waged everyday, behind closed doors, in those industries that turn animals into food, turn them into clothes, turn them into competitor, performers, tools. And the violence done to them (approximately 60 billion animals slaughtered worldwide to be eaten, for example) simply cannot be justified.

-What’s “animal rights”? (please, tell me the meaning, the philosophy…)

When it comes to fundamental rights, animal rights are no different than human rights. Take our (human) rights to bodily integrity, liberty, and life. These rights share three important feature. First, they limit what others are morally free to do. Morally, others are not free to disfigure my body, deny me my liberty, or take my life as they please. Their freedom ends where my rights begin.

Second, our fundamental rights have great moral weight. Respect for them takes precedence over other important values. Take the public good, for example. People everywhere should have access to quality health care, regardless of their class, just as children everywhere should have the opportunity to enjoy a quality education, regardless of their race. So, yes, let us work to promote these and other aspects of the public good. But never at the price of violating the rights of other individuals. To think otherwise is to endorse the spirit of Nazism, the idea that the end justifies the means — which is why the Nazis thought they were not doing anything wrong when they experimented on young Jewish children, for example. No serious advocate of human rights will accept this monstrous idea. Respect for the rights of the children should have taken precedence over efforts to advance the public good.

So, what do we mean when we speak of “animal rights”? We mean that the animal victims of that undeclared war I mentioned earlier share the same fundamental rights as we do and that the rights they have share the same three characteristics I have just described.

-But humans are different from animals, so why do they have the same fundamental rights we do?

It’s true that many humans differ from other animal in many ways. For example, many humans are able to read history and fiction, pursue knowledge in biology or astronomy, take responsibility for their actions, and so on. However, not all humans are able to do these things. Do we therefore say, “Well, then, these humans lack rights, which entails that we are free to use them as mere means to our ends”? Of course not. These humans have the same fundamental rights as we do, and have them equally.

Besides — and this is very important — all the humans and other animals I have been talking about are in fundament respects the same. We are not only alive, as are cells and viruses, vegetables and flowers. We all are in the world, aware of the world, and aware of what happens to us. Moreover, what happens to us matters to us because it makes a difference to the quality of our life, regardless of whether anyone else cares about this or not. In these fundamental ways, as I say, these humans and those animals are the same, are equal. How, then, can we reasonably claims rights for ourselves and deny these rights for them? As I argue in Empty Cages, we cannot do this reasonably—which of course does not mean that we cannot continue to claim our uniqueness for other than reasonable reasons.

-When did society start to address this question?

For as long as we have recorded history, people have been speaking up for animal rights. They may not have used these words, “animal rights,” but what they believed came to the same thing. So (for example) you find the idea that we should never injure or maim another animal as we please, or to do this in the course of slaughtering an animal for food: we find these ideas in the writings of Ovid and Plutarch, Seneca and Plato, Pythagoras and Porphyr. The fact that very few people know that these illustrious figures were on the side of animal rights just goes to show how biased our educational systems are.

– How do you see the evolution of animals rights? (give some examples)

I am a realist. I don’t think that the world will acquire animal consciousness overnight. It will take time for things to change. But — and this is a very important ‘but’ — things already have changed in Brazil, for example, where we find:

The prohibition of cock fighting (still allowed in some states in my country).
Rio de Janeiro’s ban on circuses and other shows that include performing animal acts (still permitted in Raleigh, where I live).

The elimination of dissection and vivisection in public schools (still common throughout the United States).
A total shut down of marine mammal “entertainment” (still flourishing at American theme parks, like Sea World-San Diego).

An end to the use of steel-jawed leg hold traps (still the trap of choice among American trappers).
These are wonderful achievements that speak well for the Brazilian capacity to change.

In Empty Cages I picture the oppression of animals as a huge wall, very high, stretching for as far as the eyes can see. The Great Wall of China is children’s blocks by comparison. This Great Wall of Oppression is not going to crumble tomorrow. That said, we can take it apart, one brick at a time, which is exactly what Brazilian animal rights advocates have been doing. I salute them, and all compassionate Brazilians as well.

-In what ways do animals suffer the most (tell me about the “toradas” — bullfighting — the industry of entertainment, the use of the animals in science and in the cosmetics industry…)

The cruelties are so many, and the numbers of animals involved so vast, that it is hard to say which is the worst of the worst. In terms of sheer body count, animal agriculture is by far the worst. Approximately 60 billion slaughtered on an annual basis. If we compare their number with the number of bulls killed in toradas, the harm done to the bulls may seem minor.

But numbers don’t tell the whole story. Most people who eat the flesh of other animals have been taught that they need to do so, for nutritional reasons. In fact, this is false. We don’t need to eat animal flesh or any animal product (milk or eggs, for example) to achieve maximum health and vitality. Still, health and vitality are important goods that people should be encouraged to pursue. When it comes to the sheer torture the bulls must endure, in the name of “sport” and “entertainment,” well, that’s a different story. No matter how indoctrinated some people may be, none can be so indoctrinated as to believe that torturing bull is necessary for any important human good. There are plenty of sports and forms of entertainment that do not require making animals suffer, especially making them suffer to the delight of human observers.

-Why do you believe that the respect for other beings is important for peace?

The fork can be a weapon of violence. This is what Gandhi taught me some thirty years ago. It remains as tre today as it was back then. How can there be peace in the world before we have peace at our table? The same ignorance and sadism, prejudice and indifference, mindless dedication to custom and groundless belief in superiority that leads some humans to practice various forms of genocide against other humans leads most Brazilians and (North) Americans to support species genocide waged against other animals. They are evils cut from the same defective moral cloth. Can you or I, can any single person reading these words bring peace to the world when the sun rises tomorrow morning? No, of course not. What each of us can do though is to bring peace to our table. And that’s a start. In my view, peace will come to the world one person at a time.

-What can people do to advance the cause of animal rights?

As I’ve just said, we can begin with making changes in how we live our own life — with what food we put on our plate, for example. Another thing we can do is learn which cosmetics and toiletries have been tested on animals, and which have not. [Readers can find this information on this site.] Almost everyone who takes these steps won’t stop there. The more we learn about how horrible animals are treated, the more we want to do something to help them. This naturally leads us to align ourselves with others who feel the same way, which is how we begin to get involved in animal rights campaigning. And it in this way, as organized campaigners, that we can have an effect on laws and public policy. No single person put an end to marine mammal displays in Brazil. That was the result of many people working together. So, what can we do to advance animal rights? First, we can work at getting our own life in order. Second, working with others, we can try to do the same for our city, region, country. Those are two of the many ways we can help advance animal rights wherever we live, whoever we are. 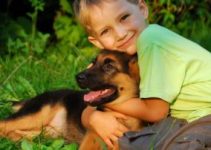